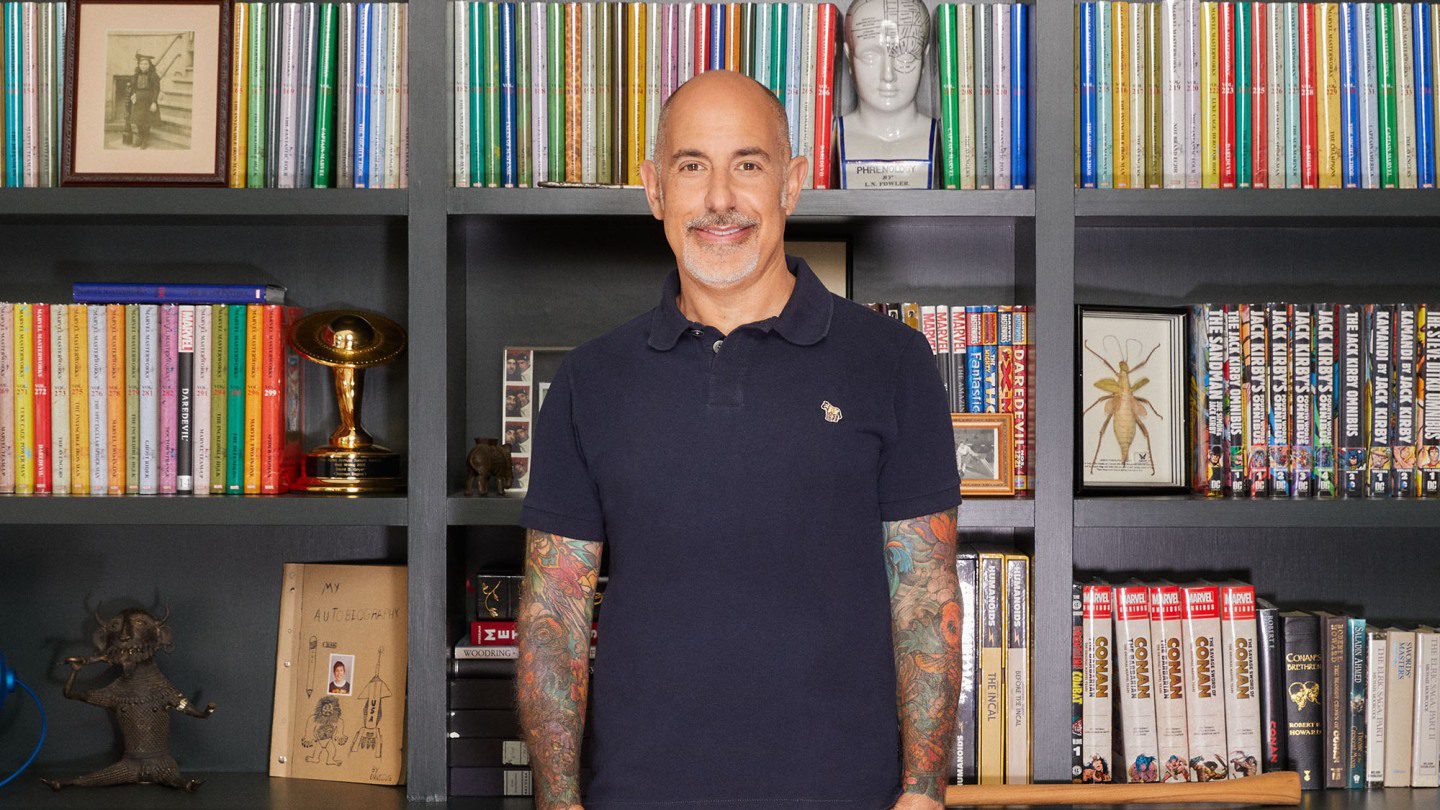 Other people have covered this, but I still get asked various questions about craft on a fairly regular basis.  For what it’s worth, here are some thoughts from the trenches.  None of these are die-hard rules — there are always exceptions.

1)  Start with an outline.  If you can avoid it, don’t give outlines to studios or networks.  It’s a terrible format in which to express your ideas.  Inevitably, they are either too short or too long.  Sometimes, ideas that could be expressed and executed beautifully in dialogue sound clunky in outline form.  It’s also hard to express character nuance or a character’s interior voice in an outline.

That said, I always write an outline for myself.  If it’s a feature, I try to write something that is at least 15 pages.  If it’s a television pilot, I usually go for 8 to 10 pages.  Why?  Because the most painful part of writing involves the actual plotting — figuring out how to get from A to B to C.  It’s the least fun.  But I find that it’s critical to have a road map — even if I drift off of it — at the starting point.  The few times that I’ve attempted to write a script just shooting from the hip have always resulted in me puttering out of gas mid-way through the story.  When I write an outline, I start with the plot-points that I know — then I literally write questions to myself in the holes between the known plot-points.  If I can’t think of anything, I put the outline down and come back to it.  Slowly, solutions start to present themselves.  I never just start writing and say “Oh, I’ll figure it out as I go along.”

2)  First acts are relatively easy.  They’re fun to write because they are all set-up and you never have to involve yourself in any of the consequences or explanations.  I can’t tell you how many beginning writers come up with relatively good first acts and then fizzle out (see above).

3)  Make sure you get through a first draft.  As a mental exercise, I don’t actually call my first draft a “first draft”.  I call it a “working draft”.  I try not to be too hard on myself during this process.  What’s important is getting all the way through it — even if there are some areas that are clunky.  It’s much easier to see the forest for the trees and embellish/improve on the clunky areas once you have an entire document.  Then, the process isn’t so daunting.  I try to get through my working draft as quickly as possible.  And I try to avoid rewriting as I go.  The trap a lot of writers fall into is continually polishing and rewriting the early stuff — while again fizzling out in the middle or third act. Keep moving.  Get a draft done.  Then, take a breath.  I usually try to set that working draft aside for at least a week.  Then, once I have a little perspective, I take out the red pen and start doing editorial work.  But if you can separate the raw, creative early impulses from the editorial side, you can usually get more done.  Chris Nolan tends to refer to these early drafts as “exploratory drafts”.  On Man of Steel and Batman Begins, he encouraged me to take little narrative side-trips with the dialogue.  Inevitably, these early drafts were quite long and required a judicious amount of cutting.  But it’s always easier to cut once you have some perspective than while you are in the middle of it.

4)  Writing is rewriting.  I didn’t coin that phrase, but it’s true.  Another mistake a lot of beginning writers make is finishing a draft and thinking their work is done.  They are anxious to expose it to the world — to sell it.  But your script is your greatest asset and the market isn’t going anywhere.  You only get one chance to get it right and expose people to your best work.  By the time a studio or network reads a “first draft” of mine, what they are really reading is actually the third draft.  I finish my working draft, set it aside — then I take it out again and reexamine it.  I try to be as critical as possible.  Sometimes, I will identify a plot-line or character that doesn’t work — that requires a significant amount of rewriting.  And it’s painful — because I don’t want to admit that a chunk of the script will have to be re-worked.  But  you’re not doing yourself any favors if you overlook a flaw that others will also spot.  So I do the big rewrite.  Then I give the script to a few trusted people to read — to get their observations.  Over the years, I’ve whittled that group down to about 3 or 4 valued opinions.  So I do a final pass (version 3) and what emerges from that is generally the first draft that I submit to the buyers.

5)  Overwriting.  In general, beginning writers tend to overwrite.  They fall in love with their words and their prose is overly long and flowery.  I speak from personal experience.  My early scripts were just dripping with needless adjectives.  There’s a story — probably apocryphal — of Hemmingway giving Gertrude Stein some early work.  She took the manuscript, then handed it back to him with all the adjectives crossed out.  After I’ve finished my working draft, I take out my red pen and try to figure out if I can say the same thing, but more economically.  When I was in film school, I used to read and admire the early film scripts by Walter Hill – there was a real economy of style in those scripts.  Almost like they were haiku.  You get the same sense in a lot of scripts that Eastwood directs.  Check out Southern Comfort, The Long Riders, The Driver, The Drowning Pool.  Hard Times is an amazing script.

6)  Writing for the market, versus writing what you know.  A lot of writers will fall into the trap of trying to figure out what will sell.  Inevitably, by the time you get your script out there, that particular fad/genre will have moved on.  You just can’t time the market.  You’re better off writing something that excites and inspires you — even if it’s a little off-center.  I remember when the scripts for Donnie Darko and Being John Malkovich were floating around.  They were completely gonzo.  But they had an authentic voice — and even the robotic film executives around town recognized that.  Yes, there will always be derivative, tent-pole shit made.  But there is also room in the market place for a Slumdog Millionaire or a Black Swan.

7)  Criticism.  Sometimes, it’s difficult to take.  But a successful writer needs to be able to take constructive criticism.  Say you expose your script to a handful of readers and the general reaction is the same.  There’s an old saying: if enough people say you’re drunk, maybe you should lie down.  If a half-dozen people tell you that they don’t understand something — the problem isn’t with them, it’s with your script.  Conversely, if you expose your script to multiple people and get multiple reactions, then you’re in for a challenge.  It can be difficult, at times, to suss out which notes you should take and which ones you ignore.  Sometimes (and I often find this with official studio notes), the actual note/solution offered is horrible — but if you really drill down and try to analyze what they are inelegantly trying to say, they’ve identified a problem that they just can’t put their finger on.  So while the solution offered is bad, the note can often lead to a solution you come up with that leads to something interesting.

8)  What if your script doesn’t sell?  Most of them don’t.  Doesn’t mean you should give up.  Writing involves a long learning curve.  Most scripts or early novels suck.  Usually, it takes three or for tries before some kind of talent and structure begins to emerge.  It’s frustrating to think that your initial efforts might be just that — early, learning efforts.  But the truth is, most of the time, that’s what they will turn out to be.  That said, scripts can have a long shelf life.  I’ve had at least three scripts sell years and years after I initially wrote them.  In one case, I sold a script a decade after I wrote it.  Sometimes, it’s just a question of timing — the area you’ve chosen to write about isn’t in vogue, but becomes so at a later date.  Or sometimes, your particular stock goes up and a producer will ask if you have anything else in the drawer.  The other thing about scripts is that they can be wonderful calling cards — even if they don’t sell or don’t get made.  It took 4 years from the time I wrote Blade until the day the cameras rolled.  During that time, that un-produced script probably netted me a half-dozen jobs because it worked as a writing sample. 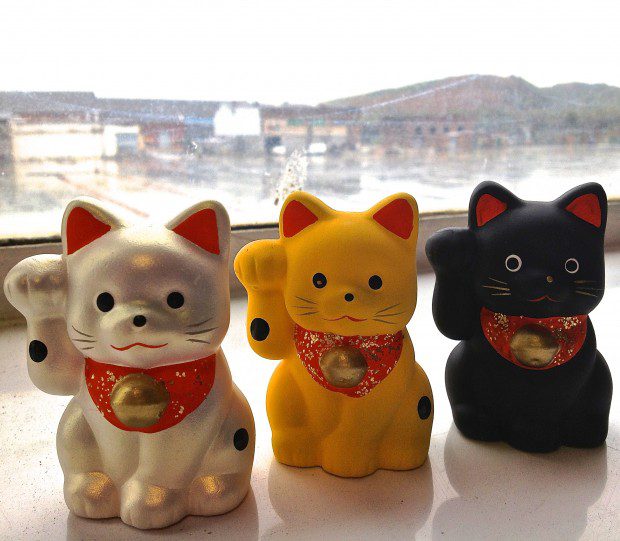 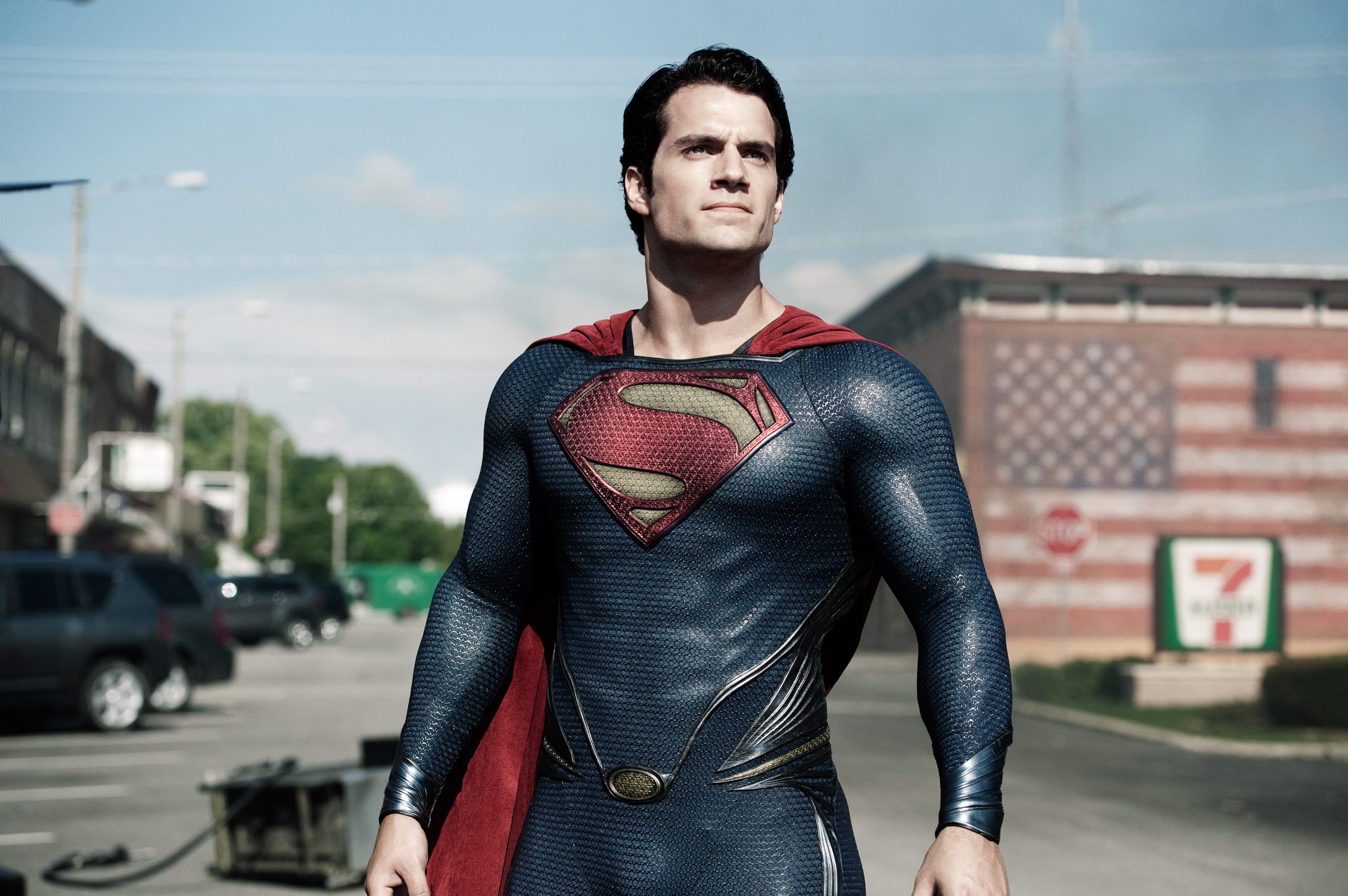 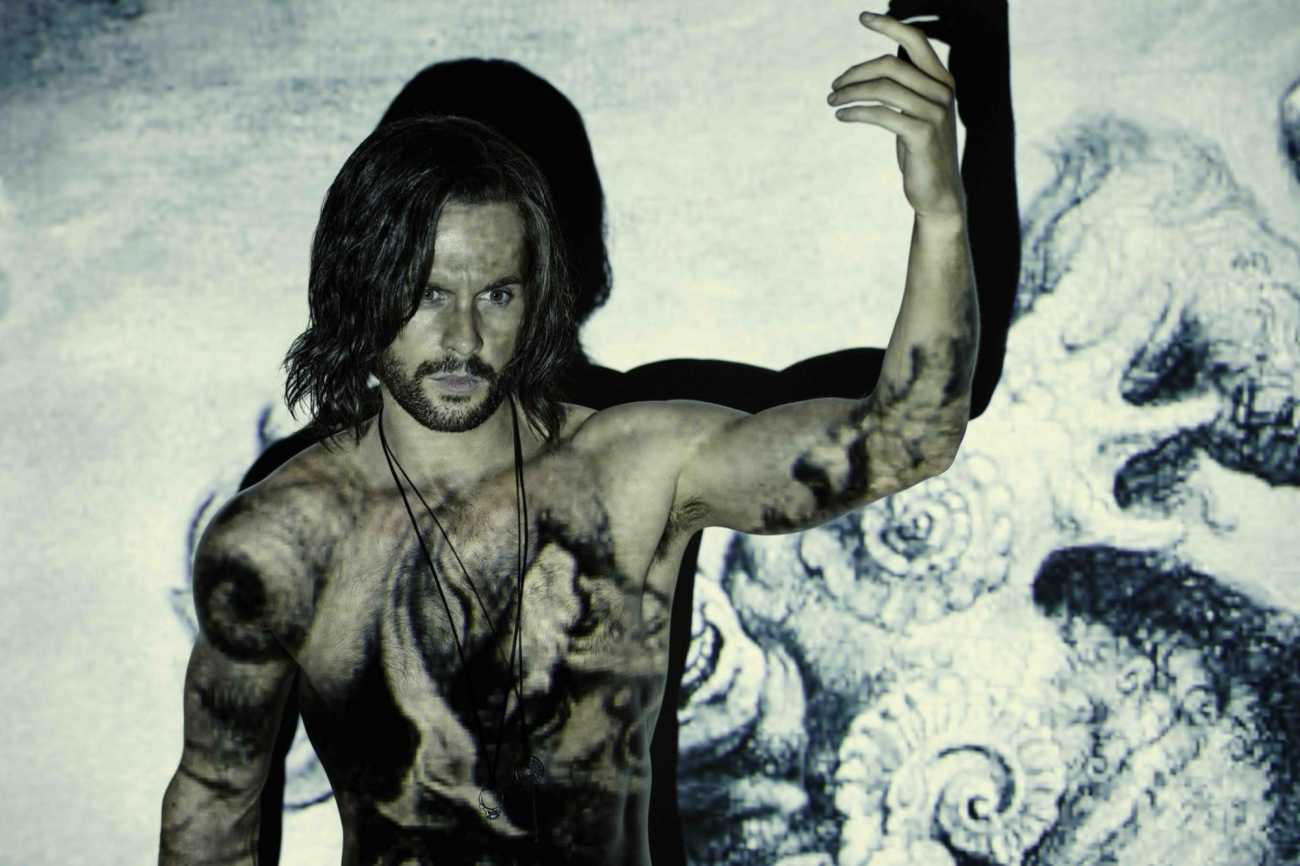 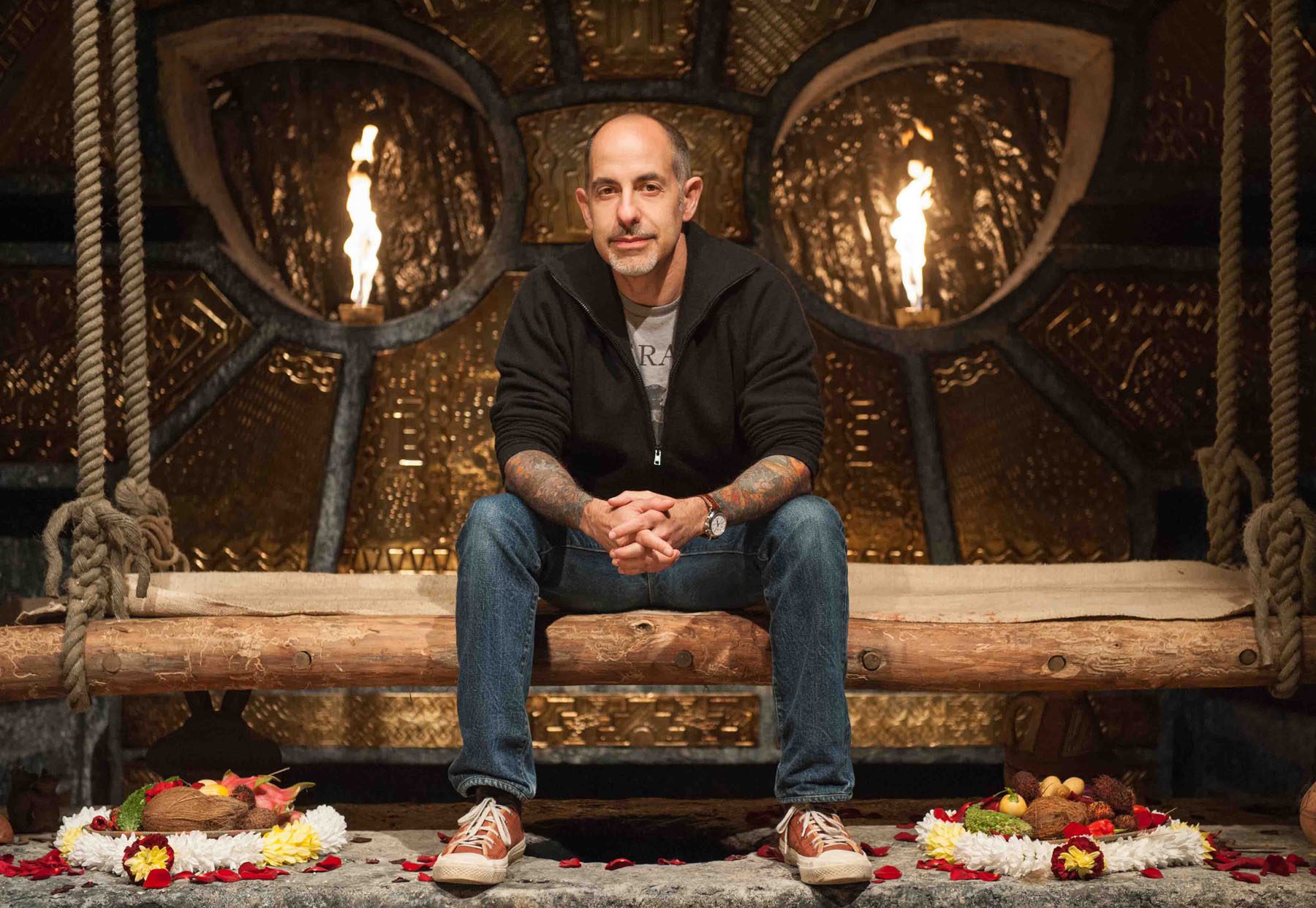