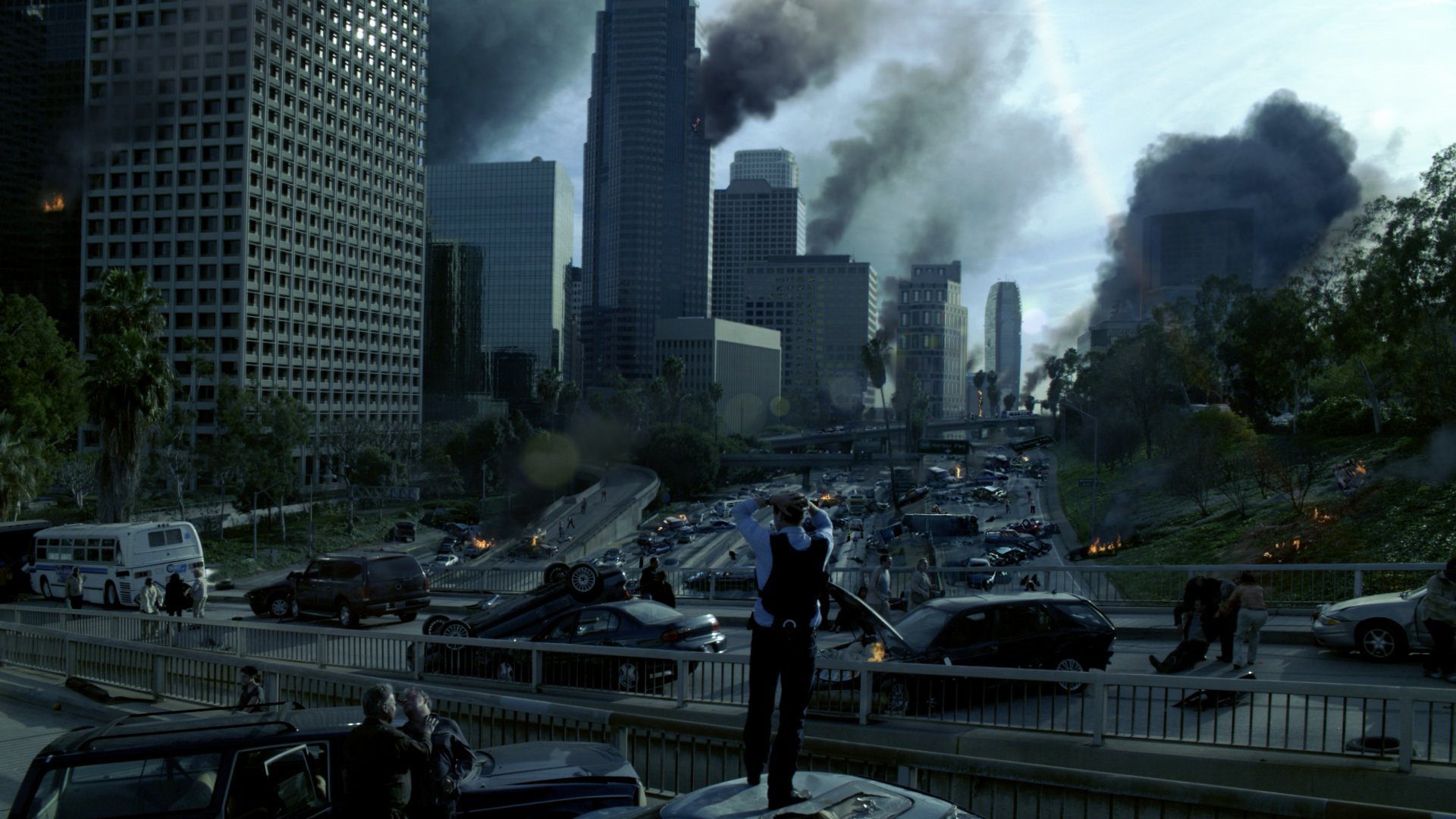 After the entire world’s population blacks out for approximately 2 minutes and 17 seconds, which in effect causes the entire world to see a glimpse of life 6 months into the future…

Seems like there isn’t a week that goes by where someone doesn’t ask me what happened to Flashforward.  FF was one of the most frustrating experiences in my career.  It started off amazing and turned to shit by the end.  So what happened?

The TV series was based on the novel by Robert Sawyer.  Initially, I wanted to do it as a cable show.  I showed it to Brannon Braga, whom I had collaborated with before on Threshold, and we pitched it to HBO.  They bought it — but during the writing process, there was a regime change and the new regime didn’t think it was appropriate for their network.  That said, they graciously allowed me to take it elsewhere (which is highly unusual).

So our script, which was developed for HBO, essentially became a spec television script.  We took it to market and there was an unexpected bidding war.  We ultimately sold it to ABC.  The thinking was that Lost was going off the air and they were looking for a replacement.  At the time, the thinking seemed sound.  Because multiple networks wanted the script, we were able to negotiate some competitive terms.  The first was that it was a put-pilot — meaning ABC would make the pilot no matter what.  The second term was that I would be allowed to more or less shoot the script as is.  So the pilot that got made was effectively our first draft.  It hadn’t gone through the “development” process.  This is extremely rare.  To date, it’s the thing I’m most proud of in terms of directing because I think it most accurately reflects the vision/intentions going into the process.

That said, the run-up to production was bizarre.  Because the script had been written for HBO, it was longer than a traditional network script by about 10 pages.  Network tends to run episodes around 44 minutes long.  This would have run about 53 minutes.  But the brass at ABC liked the script and didn’t want to cut it. I didn’t either.  I asked if they could run the pilot with limited commercial interruptions, as a marketing event.  But ABC didn’t want to do that.

Then, 7 weeks before shooting, ABC asked Brannon and me if we could turn the script into a 2-hour pilot.  We thought about it, then pitched them what would become Episode 2.  They agreed to the concept and we wrote Hour 2 over a 10 day period.  Now we were only about 5 weeks away from shooting. Needless to say, prep was extremely nuts.  We’d been doing a 1-hour.  Now we were doing a 2-hour.  Then, incredibly, about 10 days before shooting, ABC reversed their decision and decided they wanted to go back to a 1-hour.  But by this point, we’d already been prepping for a 2-hour.  We’d built sets that only worked in the second hour, secured locations, etc.  I informed them that if we abandoned the second hour, we’d basically be wasting over a million dollars.  I thought it was nuts.  Nevertheless, the decision was made to go with the original 1 hour.  Then, even more incredibly, about 2 days before shooting, ABC asked me if they could reverse their decision yet again and go back to the 2-hour.  They’d run the numbers and decided it was going to be incredibly wasteful.  But by this point, the various locations had been let go and it was impossible to do another one-eighty.  So we shot the original hour as planned.

The pilot was a difficult shoot, but we made it and it was tested with audiences.  Amazingly, Flashforward turned out to be ABC’s highest testing pilot.  Ever.  The show itself was green-lit.  Those were heady days.  And the craziest part of all?  By the time the pilot aired, it went out with limited commercial interruptions — exactly as I’d suggested about 8 months earlier.

To date, production on FF was, bar none, the absolute craziest thing I’d ever experienced.  That said, lots and lots of decisions and second-guessing happens on a show.  No one knows nothing, to paraphrase William Goldman.  And sometimes, chaotic shoots yield great results.  I think they did in the case of FF.

So we started the show — and very quickly, things took a depressing turn.  Suddenly, we were exposed to all sorts of market research.  While the pilot had ended with that mysterious security cam footage of a single human being awake during the FF, we were told to abandon that plot-line.  We were told to not focus on the mystery of the flash forwards or who/what might have caused them — but instead — to focus on the “flash forward of the week”.  I realized that ABC essentially wanted us to turn Flashforward into a medical drama — where a patient comes into the hospital, has a problem, and then our team “solves” it.  The other writers and I bristled at this direction.  We weren’t keen on turning Flashforward into a procedural.  We wanted to focus on our cast members, rather than the guest of the week.  Episodes 2 through 7 or so represent a compromise between what ABC wanted to do and what we had originally intended.  It was an unhappy marriage.  But despite that, I think we managed to make some good episodes.  Particularly Episode 7, “The Gift”.

I was also quite happy with Episode 9, “Believe”, which was written by Nicole Yorkin & Dawn Prestwich.  This episode involved a flashback that intertwined Bryce and Keiko’s storylines.  It explained why Bryce was on the pier in Episode 1, contemplating suicide.  Unexpectedly, the brass at ABC also liked this episode.  But then we were told to use it as a model for all episodes moving forward — meaning they wanted to feature one of our cast members and thread in flashbacks that would fill out back-story and expose the audience to more unexpected truths about the characters.  The obvious problem with this new direction is that this was what Lost did.  We’d intended the structure of “Believe” to be a one-off.  But now we were supposed to make that the model moving forward.

So, again, I bristled.  The relationship with the studio got worse.  I felt the notes were more intrusive.  Finally, we reached a point where I was essentially given an ultimatum — do a prescribed series of notes or be fired.  I refused to do them.  And I was fired.  There was a press release saying I’d left to focus on film projects — but that was just a euphemism for being fired.  It wasn’t a surprise to me.  The conflict was brewing and seemed inevitable.  I ended up leaving the show around the time we were shooting Episode 12.  My final script was Episode 17, “The Garden of Forking Paths” — but I wasn’t around for the filming of it.  And to date, I’ve never actually viewed Episodes 14 through 22.  The experience was just too painful.  Couldn’t bring myself to watch something where I’d felt the vision had been increasingly compromised.

The golden lining was, while I was licking my wounds, Treyarch called to inquire about me coming about what turned out to be Black Ops.  So less than a week after being ejected from FF, I was in Santa Monica, immersing myself in the Cold War.

If I sound slightly bitter about the whole experience, I guess I am.  There’s no way of knowing whether or not our original intention would have been more successful.  All I know is, the pilot represented our undiluted creative expression.  To varying degrees, everything after that represented a series of escalating compromises.

Still, I’m enormously proud of the pilot and a handful of episodes in the first half of the run.  The writing team was incredible and I have worked with many of them since — especially Scott Gimple, who went on to co-write 2 episodes of the upcoming Da Vinci’s Demons series.  The crew were equally marvelous.  It was an ambitious show — perhaps more ambitious than network television could handle.  And in an indirect way, it led to Da Vinci’s Demons happening.  I was so frustrated with the network experience, that I decided to swear off networks for a while an focus my television efforts exclusively in cable.  That frustration led to my meeting with Starz and the BBC Worldwide, where I’ve been given much more creative freedom.  Check back in some 9 months from now to see how that experience turns out… 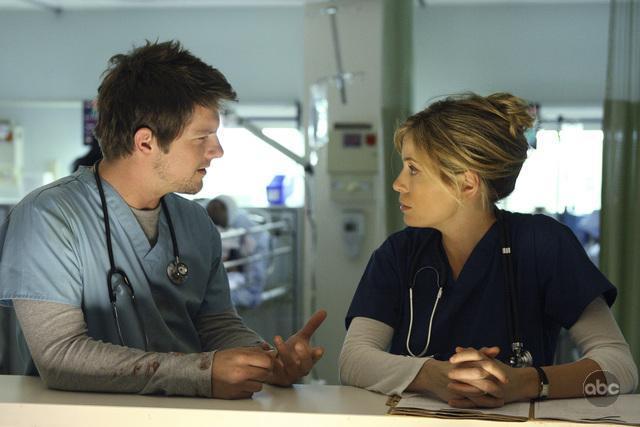 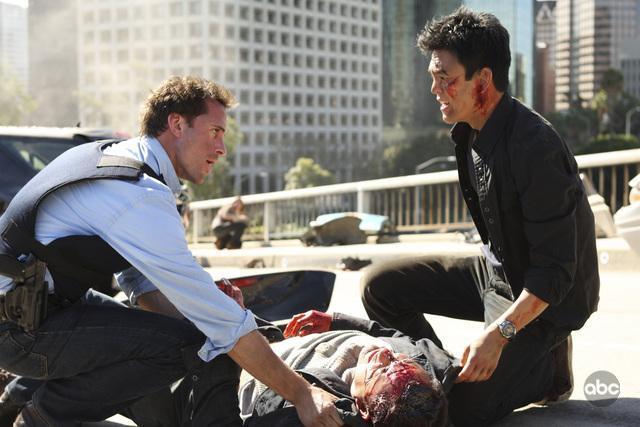 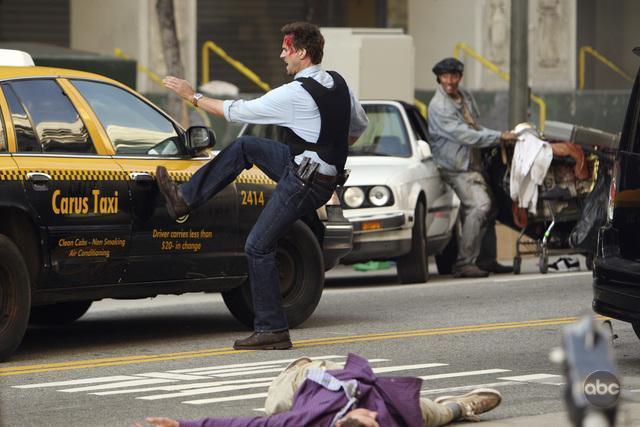 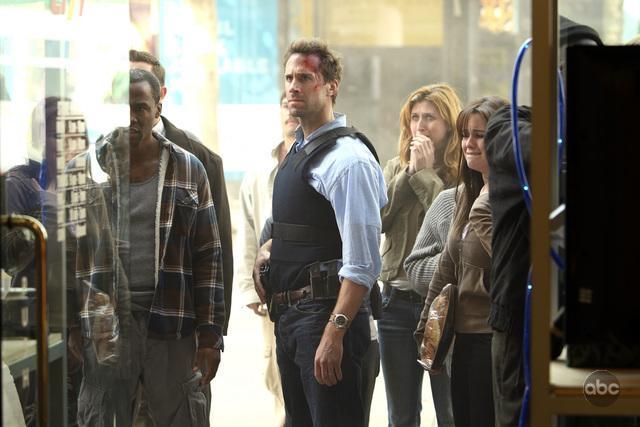 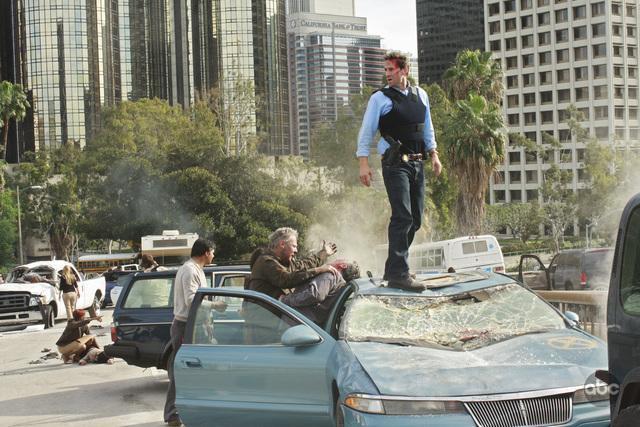 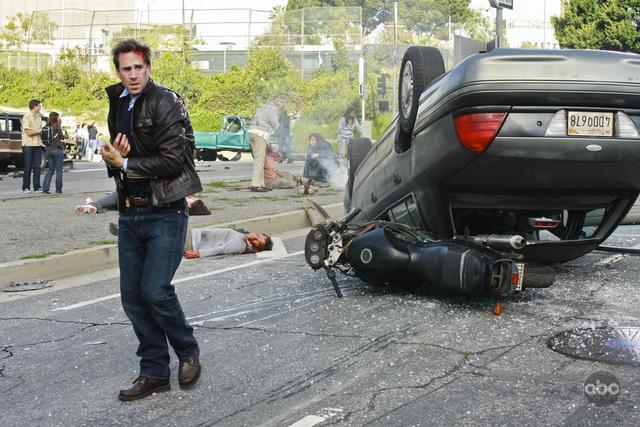