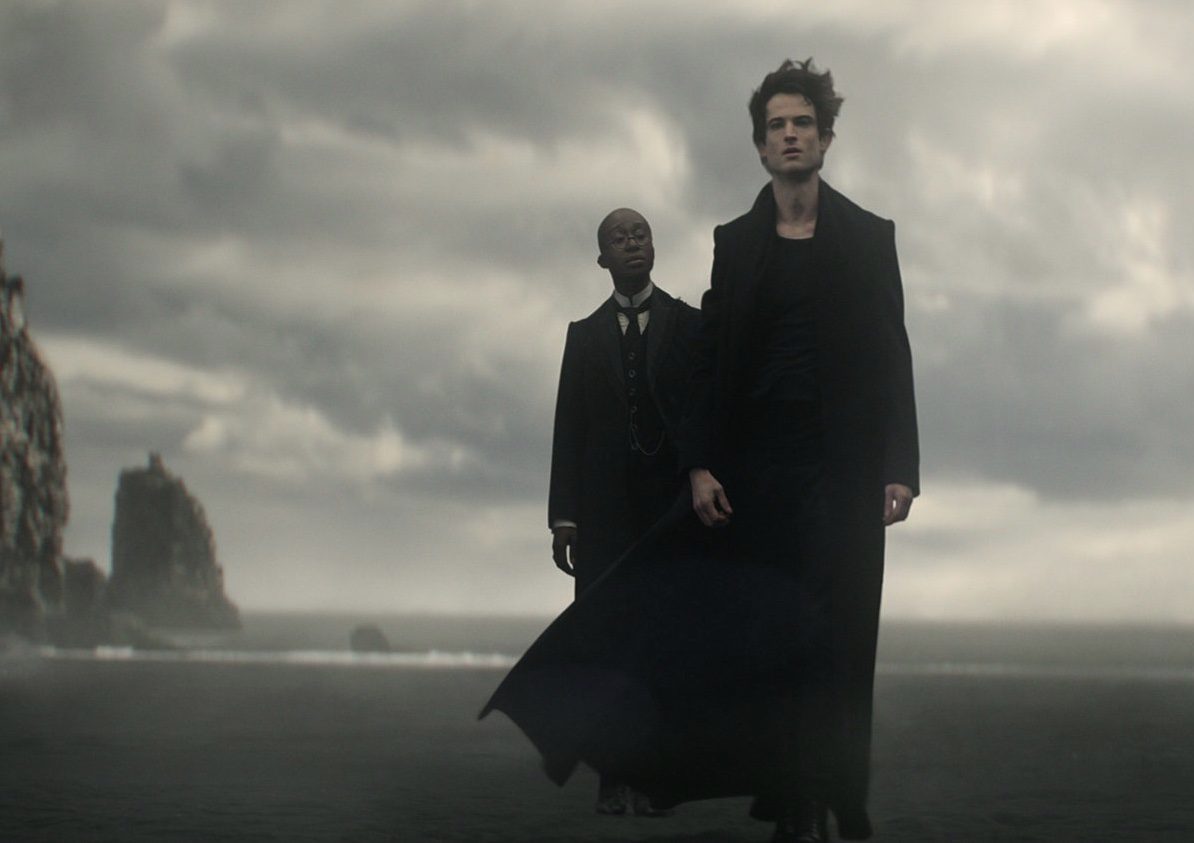 Upon escaping after decades of imprisonment by a mortal wizard, Dream, the personification of dreams, sets about to reclaim his lost equipment.

Back in the mid-90s, I adapted Neil Gaiman’s short-story Murder Mysteries. The movie went nowhere and was the subject of an absolutely torturous development hell-cycle that went on for decades and would make for a good story one day. But what did come out of it was Neil Gaiman posting that he thought it was one of the best adaptations of his work yet. Neil came into LA a few years later, and we had dinner. Over the next decade or so, we would grab a meal here or there – sometimes in LA, sometimes in New York, sometimes in London – and we formed a friendship. I would always check in on Sandman, and he would lament his own version of development hell.

Finally, about eight years ago, Sandman became unencumbered again. I tried to convince Warner Brothers to develop it as a TV show, but they were adamant that it be a movie. That said, they would let me produce it. So I requested that Neil be made a producer as well – which, incredibly, no one had ever done before. We developed a number of scripts with Jack Thorne. The experience was delightful, and, as Neil himself has said, it was the only feature version that actually felt like Sandman. Of course, WB had no interest in making it.

So I cajoled and cajoled WB. By now, streaming was a “thing,” and finally, WB agreed to let me pursue it as a streaming show. I said there were two conditions; Neil needed to be an executive producer, and I wanted him to write the pilot with me. WB agreed.

Neil was in South Africa, showrunning Good Omens. I broke the good news – and hoped he’d agree to co-write it, which he did. That said, it took another few years before our schedules aligned.

By now, though, I had developed Foundation, which had been green-lit. So we needed to find a third Musketeer, someone who would write the pilot with us and handle the day-to-day showrunning, while I was ensconced in Foundation. As it happens, I was good friends with Allan Heinberg. We’d never worked together – only socialized. But I knew his comics-credibility ran deep and that his love for Sandman was very specific. So I brokered a dinner with Neil, connections were made, and we agreed to proceed as a trio.

We then pitched the show to all interested buyers – and it was a crazy pitch. Normally, you go to them, but since Sandman was so special, we wanted buyers to come to us. So, with the help of DC and WBTV we “art directed” two conference rooms at WB. The first was like a Victorian parlor room – you came in, and the walls were lined with “paintings” of the Endless and other artifacts that evoked the aesthetics and feel of the Sandman universe. There was a taxidermized Raven; there were life-sized props of Dream’s talismans – the bag of sand, the ruby, the helm. The next room, where the pitches took place, was covered wall-to-wall in Sandman merchandise. It had all the various editions of the books, the action figures, the porcelain maquettes, even a wall-sized collage featuring photos of fans sporting Sandman and Death tattoos, wearing cosplay costumes. The point we were making was that Sandman was special, and we needed to do this right. We needed to preserve everything that was quirky and dark and difficult. At the end of the process, virtually every buyer threw their hat in the ring – but Netflix and their commitment to Neil’s vision won the day.

FOUNDATION BEHIND THE SCENES